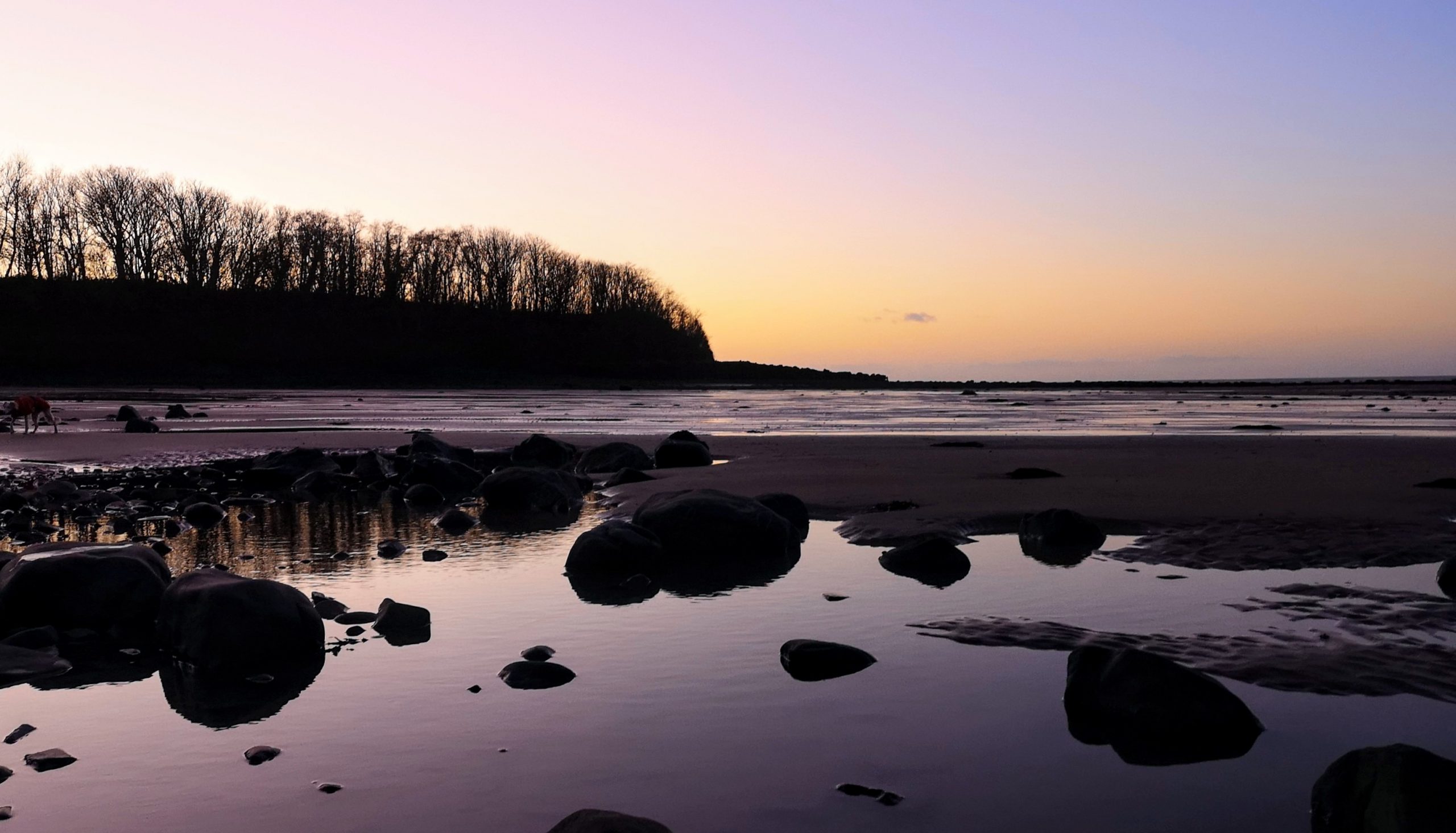 This post was sourced from the article, Technology is Changing Our Relationship With Nature As We Know It by Adrienne Matei in QZ.com.

University of Washington psychology professor Peter Kahn has spent much of his career analyzing the relationship humans have with nature—and he thinks that relationship is more fragile than many of us realize.

Kahn works to understand the intersection of two modern phenomena: the destruction of nature, and the growth of technology. As UW’s director of the Human Interaction with Nature and Technological Systems Lab (HINTS), Khan researches humans in relation to both real nature and “technological nature”: digital representations of the wild, such as nature-focused documentaries, video games, and VR stimulations.

Technological nature has its benefits; engaging with it makes us feel good by triggering our innate “biophilia,” a term for humanity’s inborn, primordial affiliation with the environment. For example, researchers have found that nature videos played in prisons drastically reduce violence amongst inmates, suggesting nature’s relaxing influence translates through screens. Studies have also found that watching Planet Earth brings viewers joy and markedly lowers anxiety, and that workers in offices with plasma-screen “windows” that play livestreams of the outdoors are happier and more productive than their counterparts working in rooms without any windows at all.

We’re seeking these nature alternatives as society urbanizes and wild places become harder to access. Yet there is a limit to the extent technological representations of nature can provide the soothing, restorative, creativity-enhancing benefits of a walk in the real woods.

Kahn’s concern is that in the process of pursuing more realistic technological nature, we are becoming increasingly alienated from the real thing, growing to accept a digital substitute for engagement with the wild, and compromising our fundamental affiliation for the environment in the process.

Quartz spoke to Kahn about the increasing prevalence of technological nature and why humans will be unable to invent an alternative to fostering meaningful connections with our environment.

What benefits do humans derive from our relationship with nature, and how is that relationship changing as we advance technologically?

Nature is necessary for our physical and psychological wellbeing. Interacting with nature teaches us to live in relation with the other, not in domination over the other: You don’t control the birds flying overhead, or the moon rising, or the bear walking where it would like to walk. In my appraisal, one of the overarching problems of the world today is that we see ourselves living in domination over rather than in relation with other people and with the natural world.

Can technological nature experiences such as VR nature simulations or video games provide comparable benefits to those reaped from time spent in real nature?

We get benefits from technological nature, but we don’t know what we’re missing. For example, people are now doing more and more climbing inside climbing gyms. It used to be that you climbed outside and had infinite degrees of freedom of your choices up a rock wall and experienced all forms of weather, and you needed to modulate accordingly. But in a gym, one’s freedom is reduced. It’s better than nothing, but it’s not as good as actual nature.

Now apply technology on top of that. A masters student from the University of Iceland, Ryan Parteka, recently visited my research lab. Ryan had VR renderings that he took from the heart of the wildest areas of Iceland, and with his assistance, I tried it out. I put on the VR goggles, and there I was in Iceland in wide-open plains. It was the afternoon, and the wind was starting to blow. I heard it blowing strong—but it was unnerving because I did not feel it. Even more unnerving, I didn’t need to do anything, I didn’t need to take care of myself: When I’ve been in wild places with the sound of wind like that, I immediately go for my hat to keep my head warm, and I put on a layer. But I’m experiencing this VR in the safety of a research lab inside a warm building in Seattle.

Our connection with nature needs meaning. One powerful form of meaning is to take care of oneself so that you don’t get hurt and can thrive. You take that out of the experience, and you dumb it down.

VR nature is dumbed-down nature. In the future, those using VR may be able to move around more and even choose their own route through an open VR space. That will allow more degrees of freedom, but when you bump your head into a VR rock, what happens to your head? Nothing! You’re not bound by nature—but neither can you be freed through it.

Why do humans seek out technological nature when engagement with the real deal potentially offers more satisfaction, health benefits, and depth of experience?

But, even though we are a technological species, we are now out of balance. To thrive, we need more nature and more wild forms of interaction with more wild nature; I doubt we need tons of new technology.

Do you foresee a future in which technological nature replaces the real thing to a meaningful extent? Could it ever be a substitute for nature?

My realistic vision is that we employ technological nature as a bonus on actual nature, not as its substitute. Teenagers who have grown up in urban areas can put on a VR headset and get some small awareness of a wild place, but that visual awareness is severed from the meaning of interacting with the wild in that place. As children grow up in less-natured areas, they have fewer experiences with actual nature, and so when they then experience a technological version of nature, they have less actual experience to map it onto. In this way, the physical and psychological benefits we’re seeing of technological nature in this generation will likely diminish in the generations ahead.

What would be your ideal vision of technological nature’s use?

An ideal vision of technological nature would be to at least keep the technological nature “pure.” By this I mean not overlaying non-natural augmentations and images onto the natural forms. This will certainly happen with nature VR. There will be a million ways that people overlay imaginative imagery onto the natural world, and we won’t know what actual nature is and what’s simulated.

For example, I conducted a handful of studies with people interacting with Sony’s robot dog, Aibo, when it came on the market. At some point, the designers changed the design so that Aibo could speak your email to you. It’s a little odd to have a robot dog reading your email—that’s technological nature morphing into mixed forms. Children will come of age with these new mixed-genre forms of technological nature.

Could you describe your theory of “environmental generational amnesia”?

I first began to recognize the problem of environmental generational amnesia in the early 1990s when I was interviewing children in the inner city of Houston, Texas about their environmental views and values. One finding especially surprised me: A significant number of the children interviewed understood the idea of air pollution, but they did not believe that Houston had such a problem, even though Houston was then (and remains) one of the most polluted cities in the United States.

I would wake up in the mornings there stifled by the smells from the oil refineries, and my eyes would sting a little. How could these kids not know it? One answer is that they were born in Houston, and most had never left it; through living there, they constructed their baseline for what they thought was a normal environment, which included that existing level of pollution.

Building on this research, I had proposed that people across generations psychologically experience something quite similar to the children in Houston: that all of us construct a conception of what is environmentally normal based on the natural world we encounter in our childhood. With each ensuing generation, the amount of environmental degradation increases, but each generation tends to take that degraded condition as the normal experience. This is what I have been calling “environmental generational amnesia.” It helps explain how cities continue to lose nature, and why people don’t really see it happening—and to the extent they do, they don’t think it’s too much of a problem.

How should we best engage with technological nature in order to deepen our appreciation for our environment?

You might see children in preschool gain some sense of additional wonder by using a microscope to examine some nature, or a smartphone app might help us identify aspects of nature when we go for a nature walk. But such examples miss the large trends that are shaping our species. Ryan Parteka hoped that his VR renderings of Iceland would lead people to love wild places and preserve them. But for the most part, I don’t think that will happen. Any noble vision designers have of “Oh, I’m creating this technological nature so that people come to love and value real nature” will be shown to be hopelessly naïve.